SUBSCRIBE HERE
A U.S. veteran living in Kentucky is suing after a hospital allegedly misdiagnosed him with HIV in 2004. Since then, Bobby Russell, 43, has taken a powerful cocktail of drugs to combat the virus, has struggled with suicide and has had sexual relationships with HIV-positive partners.
A  resident of Lexington, Ky., Russell is suing the University of Kentucky Medical Center (UKMC), its affiliated infectious disease clinic, The Bluegrass Clinic, and the Fayette County Health Department for medical negligence and failure to use reasonable care in diagnosing and treating him for HIV.
Russell's saga began in September 2004, when he was diagnosed HIV-positive by a UKMC doctor, according to the lawsuit, which was filed in mid-August.
Russell questioned that diagnosis, saying an earlier test had come back negative. So UKMC ordered a confirmatory test a few weeks later. That test, called a Western Blot test, didn't detect HIV 1 and came back negative for HIV 2, according to the lawsuit.
In spite of those results, the lawsuit says doctors proceeded to give Russell literature on how to cope with the virus and advised him to begin seeking treatment. The lawsuit alleges that none of Russell's doctors ever reviewed the results of the Western Blot test.
"From 2004 until the present day, they never tested him properly for HIV according to the standard of care," Russell's lawyer, Johnathan C. Dailey, told The Huffington Post over the phone Tuesday morning. "He had some immune deficiency issues going on, but it wasn't HIV."
Russell's diagnosis was called into question last year when he sought benefits from the Veterans Administration, a process that required a valid diagnosis, according to the Lexington Herald Leader, which interviewed Russell on Sunday. "Nobody had a confirmatory test result to provide me to give to the Veterans Administration,” Russell told the Leader.
Dailey explained the grave risk such a misdiagnosis carries, saying that Russell may have contracted HIV from one of his HIV-positive partners he dated after his diagnosis. He also said that Russell doesn't know if he contracted HIV over the past 9 years.
Russell told local news station WLEX-TV that he will seek a "reputable" doctor, probably one in another state, to find out for sure whether he is HIV-positive.
But having sexual relations with HIV-positive partners wasn't the only consequence of the alleged flub. Daily told HuffPost that Russell was taking up to 15 pills a day to treat his supposed HIV, and his drug regimen included azidothymidine (commonly known as AZT), a drug whose safety has been questioned after experiments showed it to be carcinogenic in rodents. "All this medication has taken a toll on [Russell's] body," Daily explained.
Russell also contemplated suicide at one point in 2009, he said during his interview with the Leader.
A spokesman for UKMC said the hospital cannot comment on pending litigation. Requests for comment from the Fayette County Health Department went unanswered.
Russell is suing for an undetermined amount of money, leaving it to a jury to decide what he is owed for damages.
Posted by The Eagle Eye Veracity at 10:17 PM

AMLA OIL FOR THE HAIR

We Cover The World 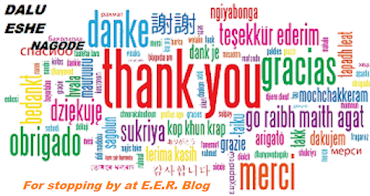 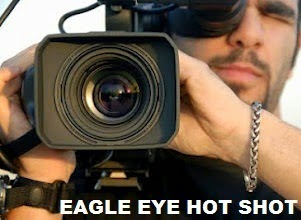 WE CAPTURE THE NEWS IN PICTURES

GERMZAPPER KILLS 99.9% OF GERMS IN THE TOILET

GOT ANY HOT NEWS? Email, Call or Text us